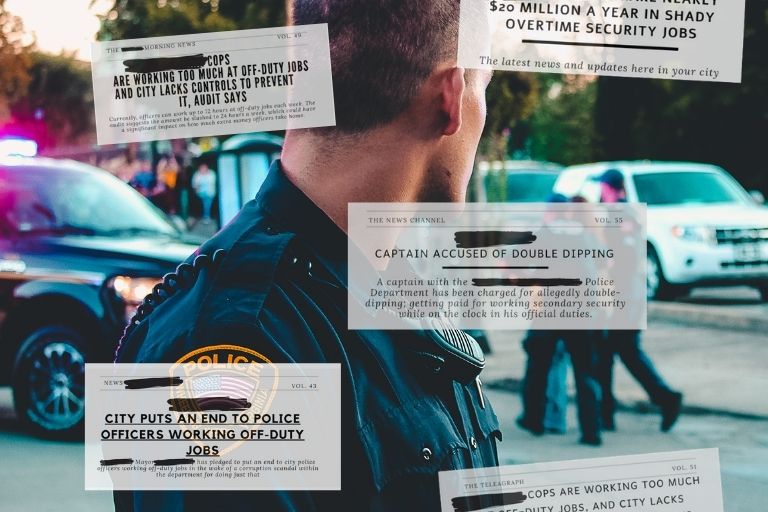 It’s not uncommon to see officers and agencies in local and national media headlines due to an issue with off-duty work. Since an off-duty work a police officer can appear to be working for a private employer rather than a city, instances of impropriety or injury can be seen as even more newsworthy than other police stories. Below are some of the main types of headlines you will see connected to off-duty law enforcement.

1. Officers Working Too Much

Overtime isn’t a bad thing. Many officers work off-duty jobs to support their families. It’s only natural that they would want to find as many hours as possible.

This, however, raises a serious problem for agencies. The nature of police work is inherently demanding, both mentally and physically. More so than other jobs, the longer that an officer works without rest, the more at risk they are for “officer fatigue.” Officer fatigue is when an officer’s lack of rest causes them to make a damaging, or worse fatal, error on the job. Officers are people like the rest of us and it’s only natural for their job performance to suffer from a lack of recuperation time. Unfortunately, when an officer makes an error due to excessive off-duty hours they are damaging very agency that provided them with the authority to work in the first place.
It’s possible for an agency to have an off-duty policy that both sets reasonable regulations to the number of hours an officer works and allows for a lucrative time allotment to work off-duty hours. To do so, agencies need to have the right oversight or outside partner like Off Duty Management. 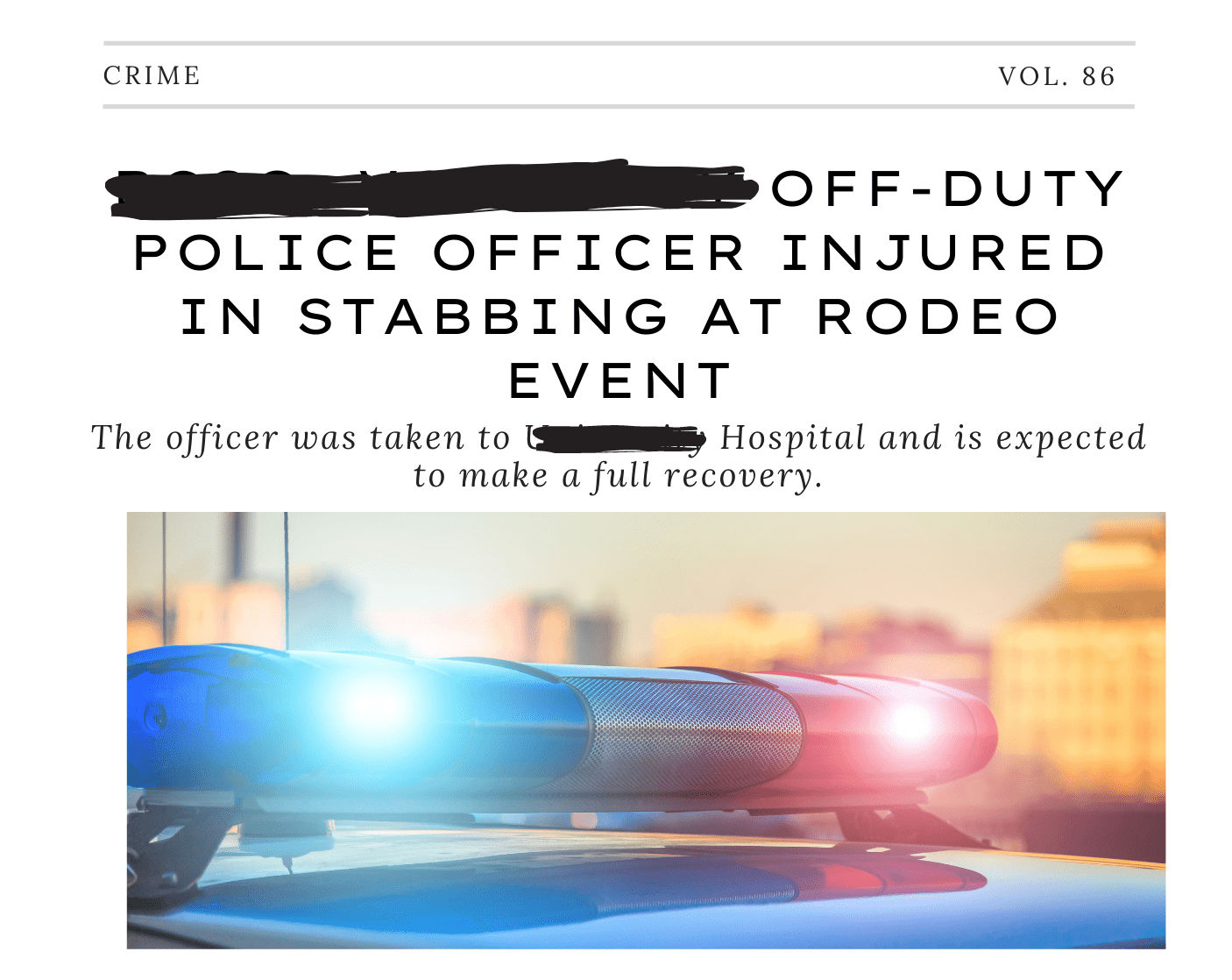 Another troubling instance that happens far too often is an officer sustaining injury (avoidable, critical, or fatal) while on an off-duty job. Many officers assume that they are covered off-duty by the same insurance that they have when on-duty due to “color of law” but this is a grave misconception. Most of the time officers are not insured when working an off-duty jobs. While some agencies require a Certificate of Insurance of potential off-duty employers, this step does very little to actually provide protection. COI’s are easily falsified or provide insufficient coverage for the parties involved in an off-duty job.

We’ve seen thousands of examples of it across the nation. An officer is injured working an off-duty job and the lack of insurance sticks the officer and the family with enormous medical expenses at a time when the officer is incapable of working. This situation is already tragic, but can get even worse for officers, agencies, municipalities, and private employers once litigation is introduced.

Making the headlines for an off-duty officer injury issue is truly a shame as most of the issues can be avoided entirely at no cost by utilizing an outside provider with included liability coverage.

Another common off-duty incident making the headline is double-dipping. For clarification, double-dipping is when an officer clocks in for their normal on-duty shift as a sworn officer, then proceeds to clock in to their private security job. Both clocks are running at the same time, and the officer makes as much money as two jobs, doing half the work of either.

When this type of impropriety makes the headlines it is particularly troublesome because a single officer’s lapse in judgement can give an entire agency the reputation of being dishonest or untrustworthy.

Double-dipping occurs in agencies all over the nation. As many law enforcement organizations don’t have a comprehensive off-duty policy, it is extremely easy for officers to slip up and start breaking the rules. When they do it’s a ticking time-bomb for when that instance of impropriety lands the entire city in trouble.

To avoid this issue entirely some of the largest agencies in the nation partner with organizations like Off Duty Management. ODM uses advanced technology to ensure that it’s impossible for officers to clock-in on an off-duty job while they are supposed to be working on-duty.

Who are your officers working for?
Where are located during their off-duty jobs?
How many officers do I have working off-duty?

These are just a few of the questions that many agencies have absolutely no answer to. That’s because they don’t have the proper oversight.

It’s understandable. Protecting an entire community is more than a full-time job in and of itself. Providing oversight to an off-duty program is extra work nobody should have time for. And yet, lack of oversight for an off-duty program can cause the biggest agency headaches. Maybe an officer is working for an organization with criminal connections. An officer could be working far outside their jurisdiction violating the rules of another agency. An agency could have officers out working off-duty that expressly should not be.

Without proper oversight, an agency not only wouldn’t know…they couldn’t know. This is another main way that agencies end up in the headlines. Gone are the days when auditors could ask a question about an incident and representatives said “let me get back to you.” With the technological advancements of today, those key tracking metrics are expected immediately.

Often the best thing for an agency to do is partner with an outside provider like ODM who specializes administrative and management technology and can provide accurate answers to oversight questions in real-time.

Perhaps the most troubling headline instance is when command staff decides to eliminate off-duty programs entirely. It’s disappointing, but not surprising. Command have a duty to preserve the reputation of the agency for the sake of the officers, community, and the law itself. When the oversight of off-duty jobs becomes such a large problem that it distracts from their actual duties, law enforcement leaders feel they have little choice than to end programs completely. This course of action may help avoid the additional costs and liabilities inherent to off-duty work, but it puts officers who rely on that income in a tough situation.

At ODM we are on a mission to help prevent agencies from needing to take such drastic action and keep officers working. We provide comprehensive management services at no-cost including A+ rated liability coverage and workers compensation. Off Duty Management are the experts at managing off-duty work and we use that expertise to ensure our partner agencies have peace of mind that they are protected, have total control of their program, and will never pay a cent for our services.

Please call us at 877-636-8300 or visit www.offdutymanagement.com and request more information.