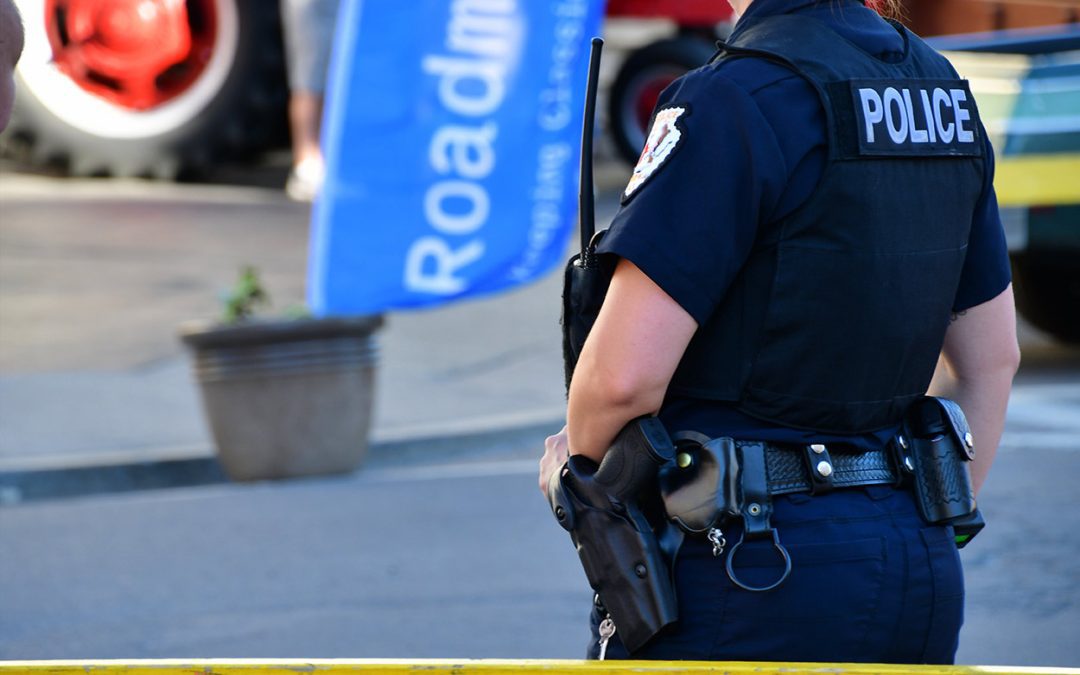 1/28/22  Off-Duty Officer Working Security Shoots Man After Stabbing
An off-duty officer working security shot a suspect who had just stabbed a man. When the officer spotted the two men involved in an altercation, he instructed them to take the dispute outside. After one man revealed a weapon and stabbed the second individual, the suspect then fled on foot with knife in-hand. The officer pursued the suspect on foot, then fired his service weapon and hit the man who was taken to the hospital for treatment.
READ MORE

Agency Blindspot:
Even when an officer executes the job correctly, use of force incidents can leave officers and agencies vulnerable to liability claims. Agencies without a comprehensive liability policy that protects their officers working off-duty jobs are often forced to pay for litigation, and other fees, out of their own budget.

2/14/22  Officers Accused Of Demanding $36K For Security, Providing Much Less Than Expected
Several police officers are accused of demanding $36,000 from a local organization which claims the officers failed to work their off-duty jobs.
READ MORE

Agency Blindspot
When an agency does not have an off-duty partner which provides a complete solution, administrative details like job expectations, officer rates, and the number of officers needed can lack proper oversight. Moreover, officers themselves may be forced to collect funds they are rightfully owed. This leads to disputes, conflicts of interest, and unnecessary controversies for agency leaders.

2/23/22  Deputy Killed While Working Extra Job In Mall
An officer who was working an off-duty security job was killed by a suspect. During a physical altercation, the assailant managed to gain control of the deputy’s firearm and fatally shoot him. After fleeing the scene, the suspect attacked two on-duty officers who fired on the suspect. The suspect was wounded and later died in the hospital. At this point, it is unclear if the deputy was covered by workers’ compensation and/or liability insurance and if payments will be made to his family.
READ MORE

Agency Blindspot:
Most agencies do not provide off-duty comprehensive liability coverage or workers’ compensation insurance to help families after their loved one is injured or dies.

Agency Blindspot
While officers do their duty 99% of the time, the 1% that fail to do so can cause distrust and disruption for agencies without off-duty administration safeguards.